Casey Family Programs is pleased to announce winners of the national Casey Excellence for Children Awards. These awards, presented at a reception in Seattle on January 9, recognize outstanding individuals and leaders who have demonstrated distinguished work, exceptional leadership and relentless dedication in improving child welfare in America. Award winners are selected in five categories: birth parents, alumni of foster care, foster or adoptive parents, kinship caregivers and child welfare leaders.

“We are honored to recognize these individuals and communities for their amazing dedication to improving the lives of vulnerable children and families,” said David C. Mills, chair of the Board of Trustees of Casey Family Programs. “These recipients are helping to increase safety for children and to strengthen families.” 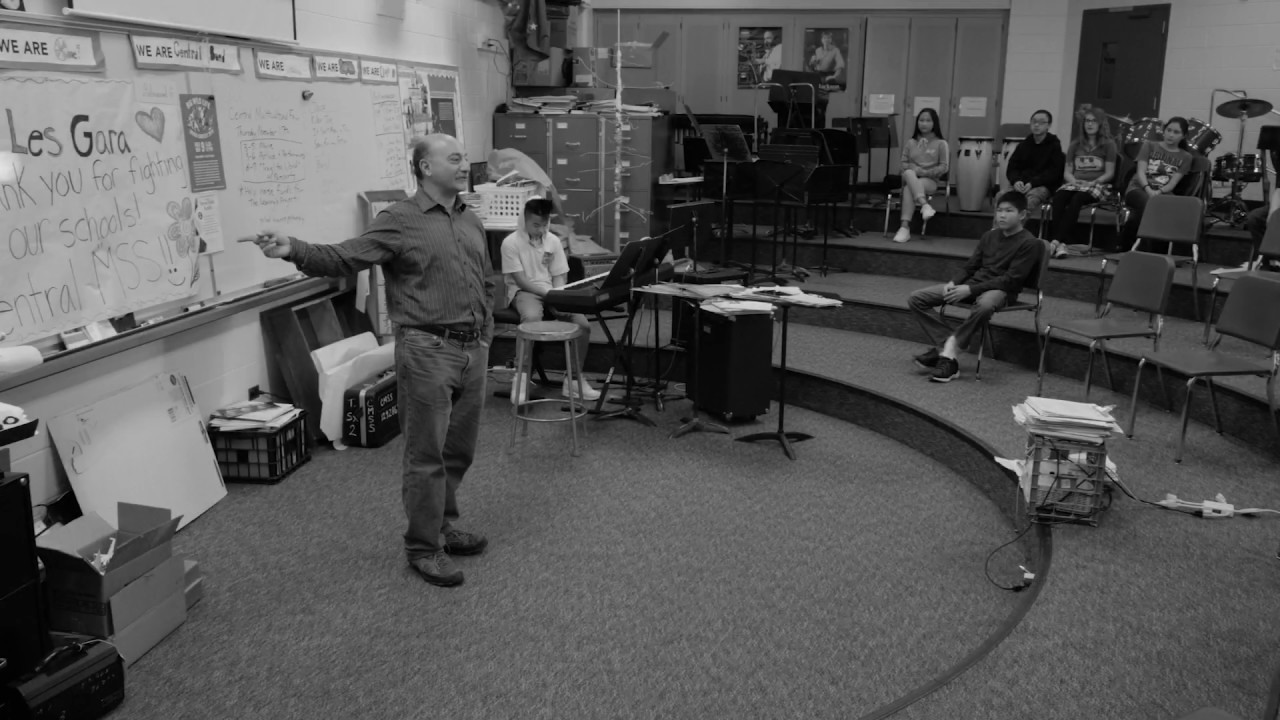 Alaska Representative Les Gara has built on his own experience in foster care to advocate successfully for young people in state care. He entered foster care at age 6 in New York when his father died, and he remained in care until he turned 18. Gara graduated magna cum laude from Boston University and graduated with honors from Harvard Law School. His law career included serving as Alaska assistant attorney general on the Exxon Valdez oil spill litigation. Serving in the Alaska House since 2003, Gara has been instrumental in achieving increased funding for child welfare and foster care services. In 2016, he wrote and co-sponsored legislation that passed unanimously to prioritize kinship placements before foster care, emphasize permanency and ensure school stability for youth in care. He started Laptops for Foster Youth and Alaska’s mentorship program for foster youth, which is now a state-supported program. He has also improved funding for shelters, meets frequently with youth in care and has employed foster care alumni in his office. 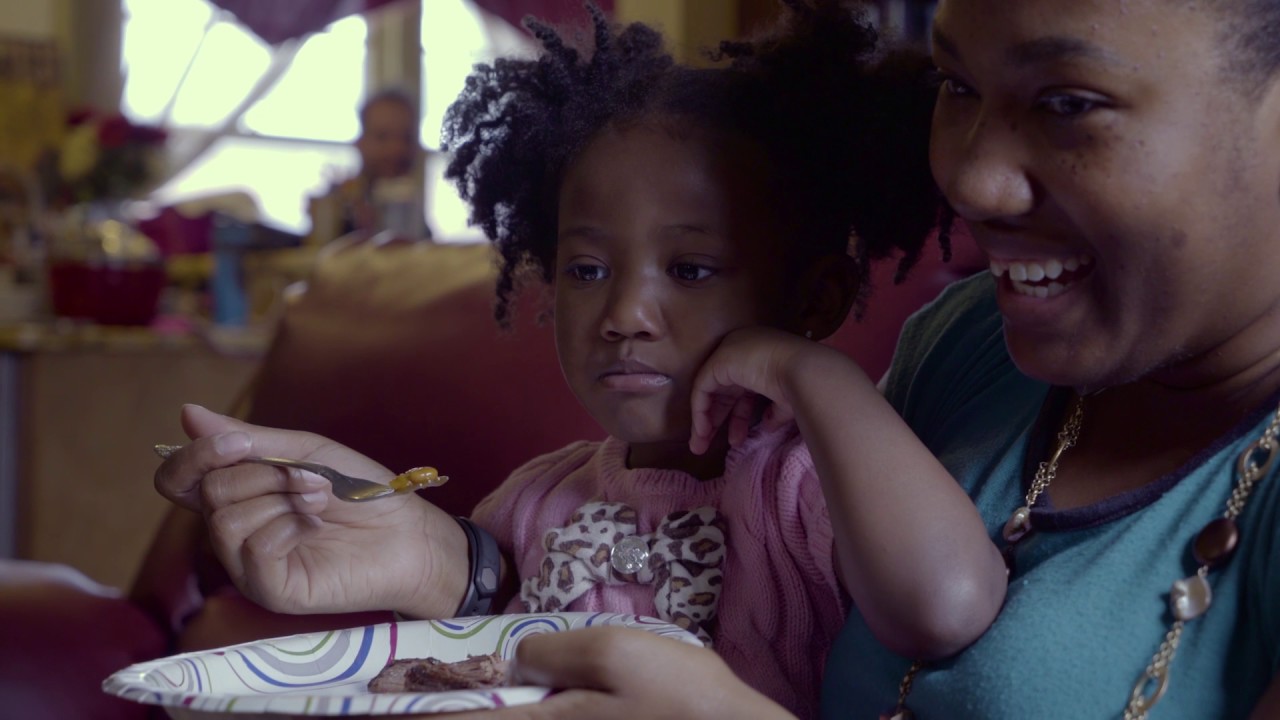 Teri Hrabovsky is a tireless advocate, foster and adoptive parent, and community leader. Since she and her husband, Brian, were certified as foster/adoptive parents by the Department of Children and Family Services (DCFS) in the greater New Orleans region in 2007, they have fostered more than 50 children and have adopted a son and a daughter, in addition to raising three biological daughters. Hrabovsky is president of the foster parent association NOLA Hope, which provides support and training to foster parents, items to children in foster care and assistance to families reuniting. A knowledgeable trainer for Model Approach to Positive Parenting (MAPP) classes, she and her husband also started OneHeart NOLA, a nonprofit that provides toys and snacks at the DCFS office for children. Hrabovsky serves on several state committees, including the Quality Parenting Initiative, and as an advisory board member to the Governor’s transition team on foster care and adoption issues. 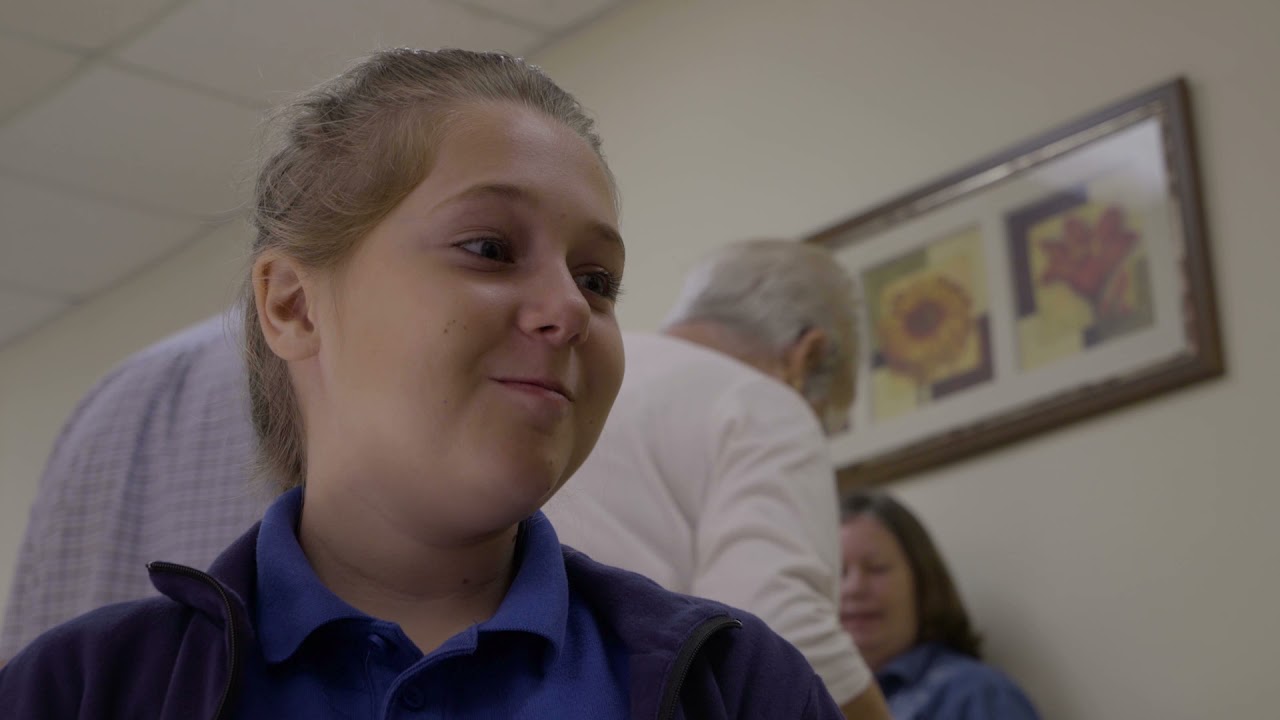 Lou Ann and Jonathan Hawes have been dedicated volunteers and advocates with Grandparents Raising Grandchildren of Brevard County, Florida, Inc., for more than six years. The couple adopted their 5-year-old granddaughter after she entered foster care following her father’s death. They help advocate for relative caregivers and their families to receive needed support, and build bridges with community providers and support programs. Lou Ann wrote grants to secure legal assistance for guardianships and creates a monthly newsletter and brochures for Grandparents Raising Grandchildren. She also served on a panel at a Grandparents Day celebration at the White House, sharing ways to strengthen intergenerational relationships. Jonathan developed a webpage and provides technical support for the organization. 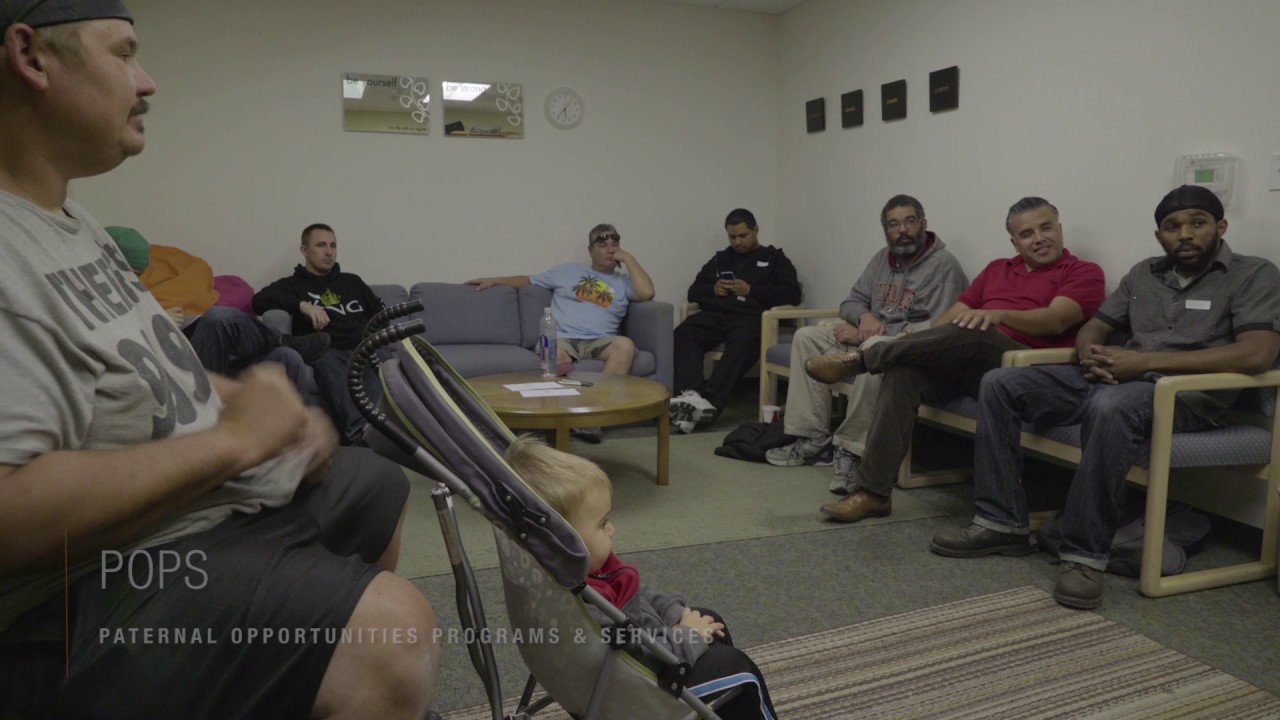 Michael Huesca, a father advocate and domestic violence counselor, has helped more than 1,000 victims of domestic violence over 12 years. He helped start Paternal Opportunities Programs and Services (POPS) in San Diego, helping fathers interested in reunifying with their children. As executive director, he has expanded the work to support mothers hoping to reunify and ensure that the best interests of the children are met. Mr. Huesca became a single father after his mentally ill partner was unable to care for the children, leaving him to care for their son and her two children from a previous relationship. Huesca conducts training for child welfare workers on how best to engage fathers in child welfare case plans. A member of the Birth Parent National Network, he was the recipient of the 2016 Reunification Hero Award from the American Bar Association. 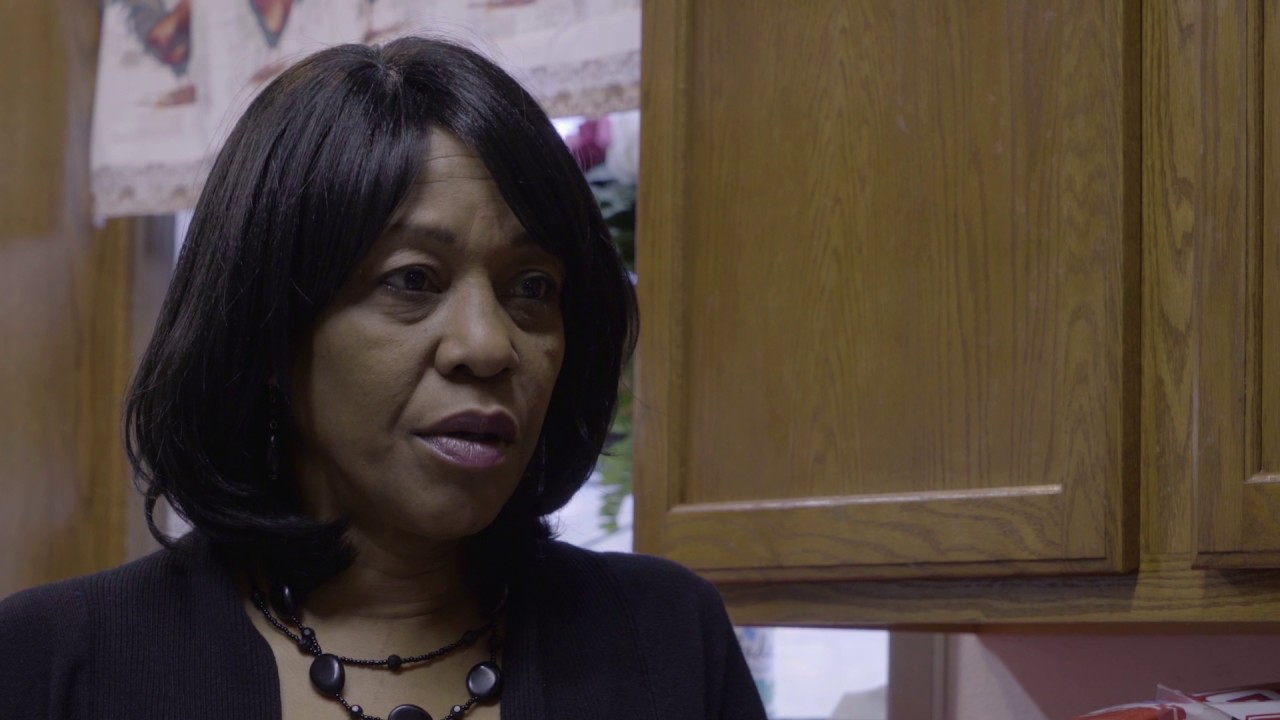 Kimberly Mays, who helped launch the Parents for Parents program for King County Juvenile Court in Seattle, is a strong and determined parent advocate, speaker and mother of 10 with a powerful story of recovery and reunification. Mays was involved with child protective services and the dependency court system several times over 17 years. She lost parental rights to nine of her children but was able to overcome substance abuse issues and be reunified with her youngest daughter. Through good fortune and hard work, Mays also re-established relationships with eight of the nine children who were adopted and has earned the trust of their adoptive families. Currently working as a social service worker with the State Office of Public Defense, Mays is a parent advocate who serves on numerous committees, including the Washington State Parent Advocacy Committee. She works closely with parents involved in the child welfare system and has frequently testified at the state legislature.

Division Administrator of Adult, Children and Family Services for the Iowa Department of Human Services

Building around a strength-based, family-centered philosophy in child welfare leadership, Wendy Rickman is committed to improving outcomes for families in Iowa. She has worked to develop several initiatives aimed at strengthening families and improving outcomes for children, including a system that creates two pathways for handling child abuse and neglect allegations. She has also led the creation of Iowa’s nationally recognized children’s mental health and well-being community learning labs. Over the past five years, Iowa has experienced an overall reduction of 6 percent in the number of children in foster care. Rickman has worked for the Department of Human Services since 1987 and is a licensed social worker.

Bob Hutchison is a business leader and entrepreneur who has invested his money, time and advocacy into improving community resources and opportunities for youth and families in Eastern Kentucky. He has developed meaningful community relationships and partnerships across a wide spectrum, and connected business leaders to philanthropy and investment in their communities. He has volunteered at and helped lead community organizations that serve vulnerable children and families, including the Christian Appalachian Project. Hutchison and his brother own 14 McDonald’s franchise restaurants in Eastern Kentucky, serving as an important employment base in the community. He has also served as a school board member for more than 20 years and was named Kentucky’s School Board Member of the Year in 2016.

The Navajo Nation, led by President Russell Begaye and Vice President Jonathan Nez, responded to a cluster of youth suicides in 2015 by instituting a tribal listening tour and offering resources to those affected by suicide. The tour was part of the Navajo Nation’s Building Communities of Hope Initiative, aimed at raising awareness and preventing suicide. The tour visited every high school across the three-state nation, despite a cultural taboo about discussing suicide. Tribal leaders also declared a week in December and a week in June as Navajo Nation Suicide Prevention Week. Their efforts have included training for all Navajo Nation employees, trauma-informed care and an outreach campaign. In May, the Indian Health Service launched a suicide prevention campaign, “Love Your Life,” in partnership with the Window Rock, Arizona-headquartered Navajo Nation to connect young people to behavioral health care.

The Oglala Sioux Tribe has taken on the important work of preventing youth suicides, declaring a state of emergency to focus on this vital issue. Nationally, suicide is the second leading cause of death for Native American youth ages 15 to 24 years old. After the Pine Ridge, South Dakota, tribe experienced a cluster of youth suicides in 2014 and 2015, more Indian Health Service mental health counselors were made available to young members of the tribe. Tribal leadership testified in 2016 before a House subcommittee about the ongoing need for more funding for mental health services that are culturally appropriate, as well as investment to spark job creation and economic development to provide young people with hope and opportunities. Suicide prevention has been an ongoing effort of the tribe, with programs for youth and college students provided through grants from the federally funded Suicide Prevention Resource Center.

The Hon. Colleen McNally has served as a Maricopa County Superior Court judge since 2001, presiding over family, dependency, guardianship, adoption and juvenile drug court cases. As Judge McNally began her tenure as presiding judge of Maricopa County Juvenile Court in 2013, the county and the state were experiencing an explosion of their dependency caseloads. Under Judge McNally, Maricopa County initiated a Safe Reduction Workgroup in partnership with the Department of Child Safety to engage multiple systems from three branches of government, private and public entities and community organizations. The county juvenile court designed 10 initiatives aimed at safely expediting permanency. And under her leadership, the Cradles to Crayons court-based initiative aimed at expediting permanency for infants, young children and families has thrived and expanded. As a result of her vision for collaborative systems innovation and the relationships she forged with key stakeholders, Maricopa County’s child welfare system created a unique, wide-reaching, multidisciplinary working partnership that set the table for real improvement and much-needed safe reduction.

Life of Hope Awards presented to Simone Biles, Torie Bowie, Ndume Olatushani
Life of Hope Award winners provide a beacon of hope and illustrate the possibilities and promise of the lives of vulnerable children.

Kentucky community receives Jim Casey Building Communities of Hope Award
The success of the Johnson County Community of Hope stretches beyond its borders and is opening doors for new partnerships in other communities.

Dr. James Davis accepted a leadership award on behalf of the Navajo Nation.

Ndume Olatushani, recipient of a Life of Hope Award.