Casey Family Programs is pleased to announce the recipients of  2020 Casey Excellence for Children Awards.

The awards recognize outstanding individuals for their distinguished work, exceptional leadership and tireless dedication to improving the lives of children and families in America.

“Our founder, Jim Casey, understood that every child deserves a safe and supportive family, and that every family needs a strong and caring community,” said David C. Mills, chair of the Board of Trustees of Casey Family Programs. “Whether they help others navigate life’s challenges, serve as role models, or advocate for much-needed system changes, these honorees are making communities more supportive and hopeful places for children and families.”

“These awards are a recognition of people giving the best they have to give — their best efforts, their best thinking, their best solutions, and their best understanding to bring about change in their own communities and in the lives of children and families,” said Dr. William C. Bell, President and CEO of Casey Family Programs. “They inspire all of us to work together to create hope and ensure every child and their family have what they need in their lives to reach their fullest potential.”

The Casey Excellence for Children Awards are a national recognition of the accomplishments of leaders, especially those with lived experience in the child welfare system, who are working to safely reduce the need for foster care and build Communities of Hope that will ensure the safety and well-being of all children and families. The awards are named in honor of Jim Casey, the founder of United Parcel Service, who established Casey Family Programs in 1966 as an operating foundation to help improve the safety and success of vulnerable children and their families across America.

The mission of Casey Family Programs is to provide and improve — and ultimately prevent the need for — foster care. For more than 50 years, the foundation has worked directly with children and families to improve life outcomes and well-being. Today Casey Family Programs also works with child welfare systems and other partners in all 50 states, Washington, D.C., Puerto Rico and the U.S. Virgin Islands and with more than a dozen tribal nations to influence long-lasting improvements to the safety and success of children, families and the communities where they live. The winners for 2020 are:

These awards are presented to alumni of foster care, foster and adoptive parents and advocates, kinship caregivers, and birth mothers and fathers who have overcome significant challenges and demonstrated extraordinary efforts to improve the lives of children and families. 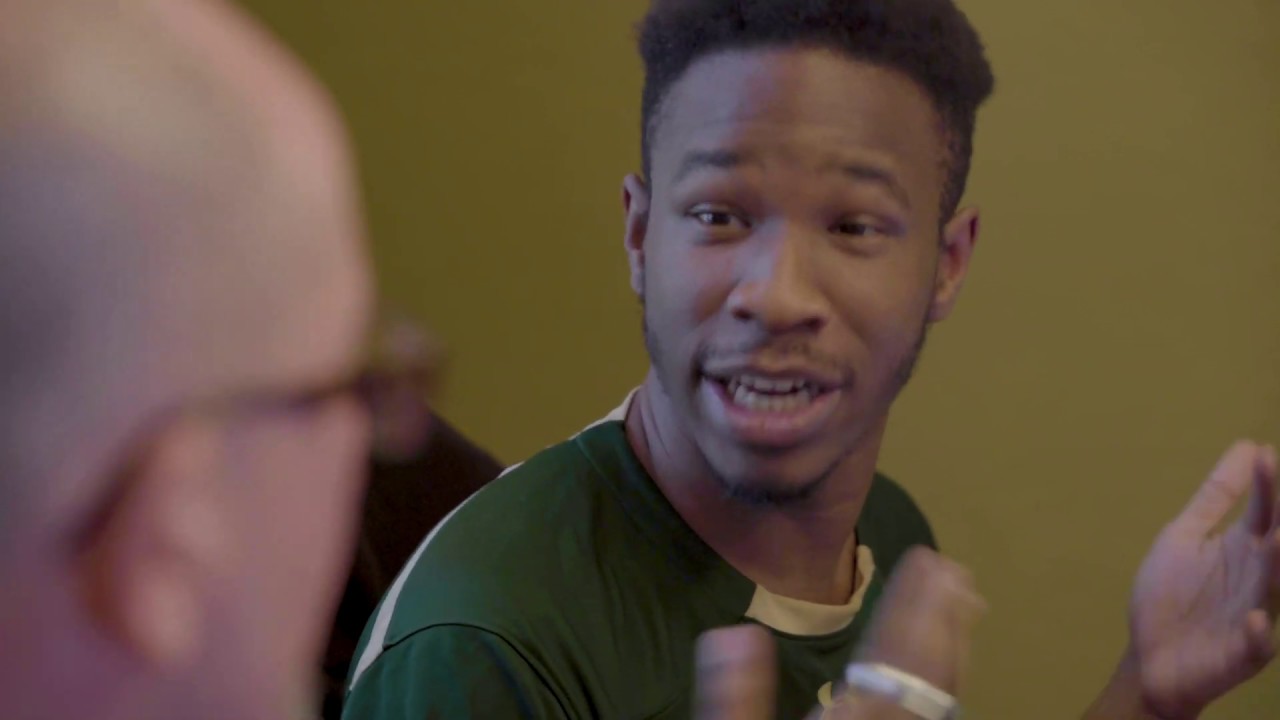 Victor Sims grew up in Florida’s foster care system without the stability of a permanent home and supportive family. Mr. Sims works as a program supervisor at SailFuture in St. Petersburg, Florida, and is active as an advocate for children in foster care. From his work helping to improve children’s experiences when they are removed from their parents to his TEDx Talk on the importance of social capital for youth in care, Mr. Sims is focused on bringing about positive changes to the foster care system. In addition to serving on the National Foster Youth and Alumni Policy Council and the Center for Social Policy, he has met with legislators in support of the Family First Prevention Services Act. In June 2019, he was recognized by the American Bar Association as a Reunification Hero. Mr. Sims shares his experiences to ensure that children have a chance for reunification and beyond. 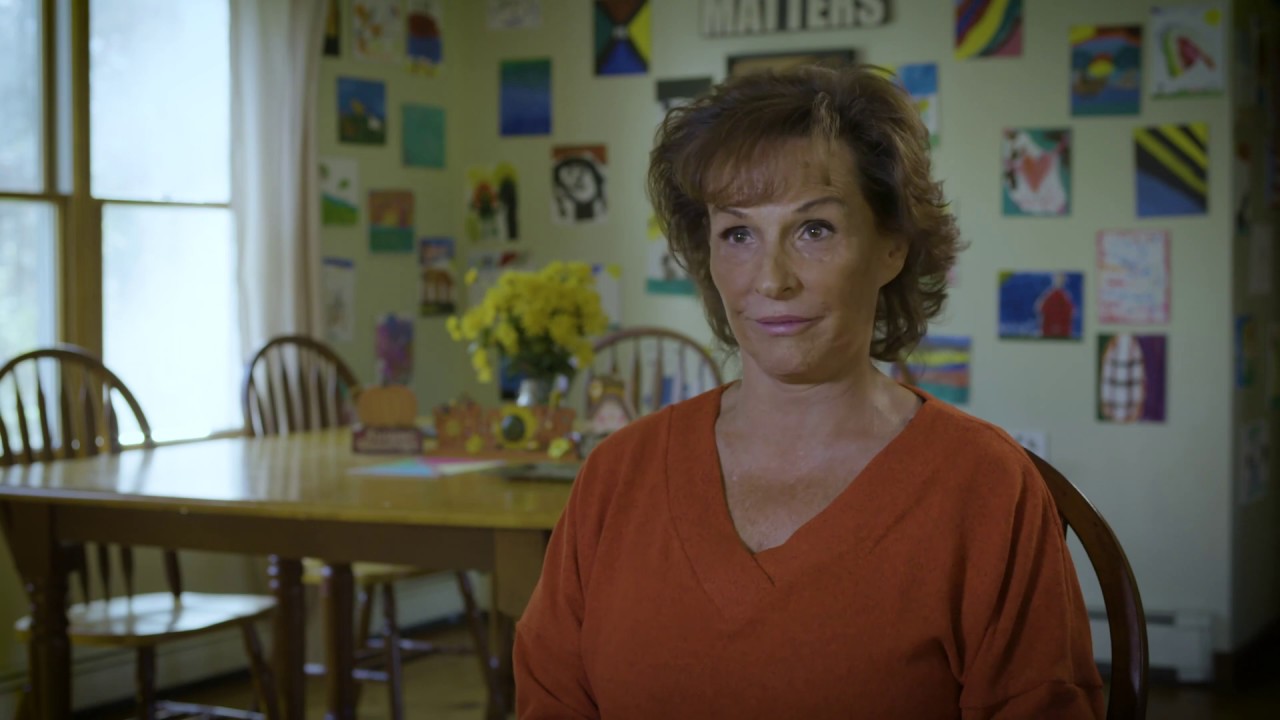 Mel Lambert has been a resource to children in foster care for more than a decade, beginning as a visiting resource and mentor through the Big Brother/Big Sister program, then launching a therapeutic program that brought ponies to foster group homes throughout Massachusetts and ultimately becoming a foster parent herself. In 2015, she opened Sunshine Farm Sanctuary, whose mission is to help heal children who have experienced trauma and are in the state’s foster care system. Each week, 80 to 100 children visit the farm. She continues a close relationship with each child even after they are no longer in the foster care system and says they are always welcome back at the farm no matter where their journey may take them. Ms. Lambert also has served as a resource for people throughout the United States asking for help to start their own therapeutic program for children in care. 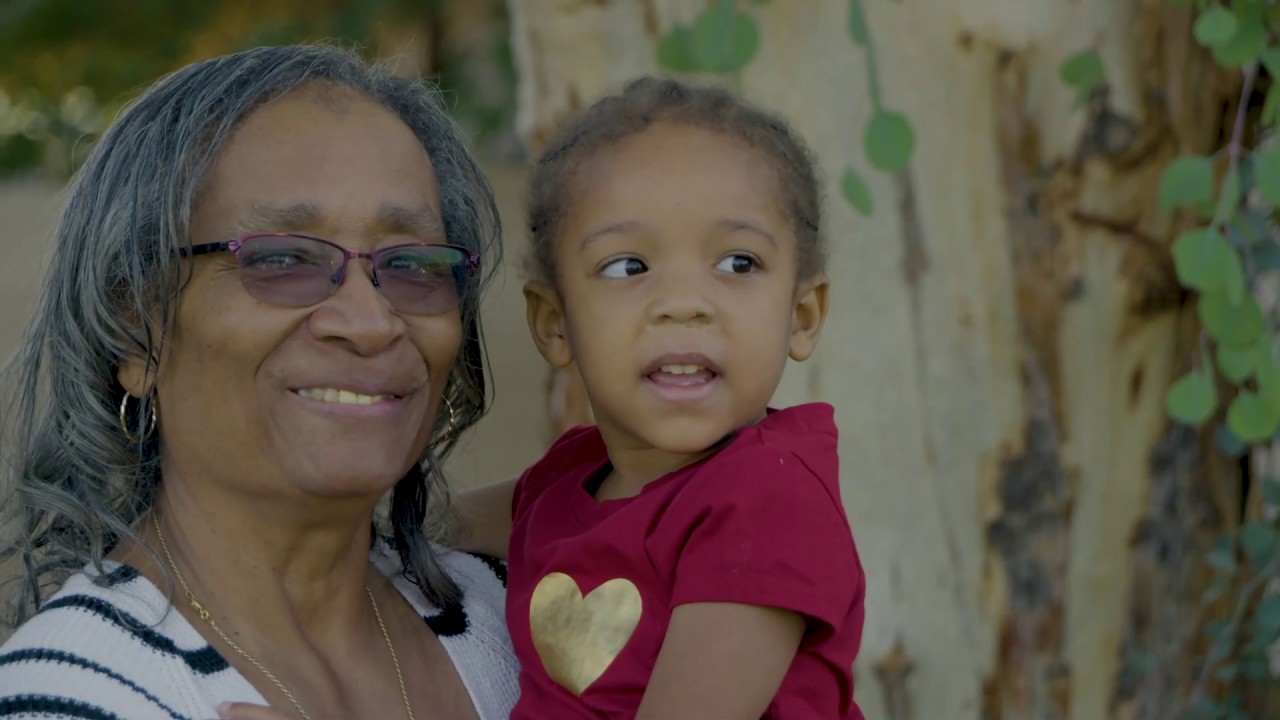 Victoria Gray has many years of experience as a grandparent raising her grandchildren and as a licensed foster parent. She and her husband have cared for 41 children as foster parents and have been raising their seven grandchildren since 2007. Most recently, Mrs. Gray founded the nonprofit GreyNickel, Inc., which aids kinship families during the critical first days of a new placement. Through the nonprofit, she conducts home visits with new kinship families immediately after children come into their care. She serves as a steering committee member with the Arizona Grandparent Ambassadors (AZGA). As a member of AZGA, Mrs. Gray was instrumental in the passage of a 2016 Arizona bill that overturned the “grandmother penalty,” which prohibited kinship families from qualifying for Arizona’s Temporary Assistance for Needy Families program. In 2017 she received the Brookdale Foundation Grandfamilies Award from Generations United to honor her work on behalf of these families. In 2019 she received a special commendation from the first lady of Arizona for her work helping kinship families. 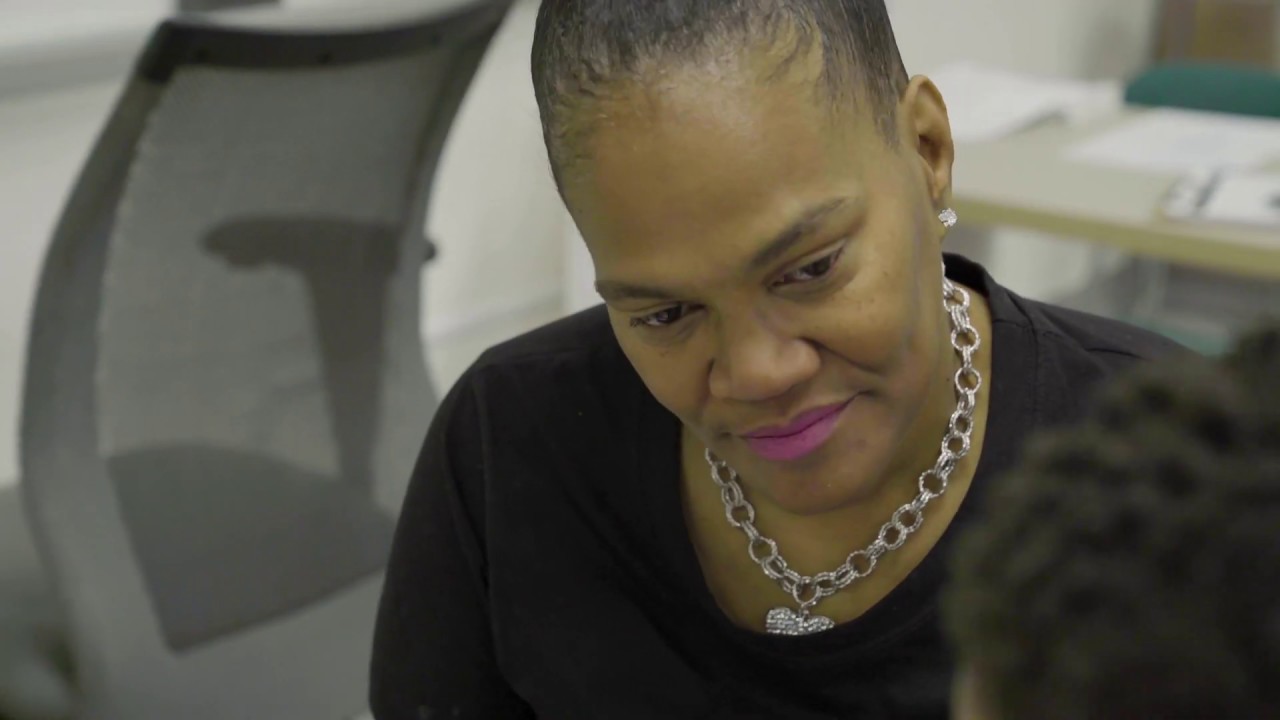 Brejea “Bre” Colthirst is a mother of three sons and a grandmother of one grandson. She successfully navigated the child welfare system and was reunited with her son Love in 2008, which led her to become a parent advocate for A Better Way Inc., helping families in the child welfare system. She was recruited by the East Bay Family Defenders for a newly created position as the founding senior defense parent advocate. Ms. Colthirst has been an active parent leader with Casey Family Programs’ Multidisciplinary Teams Program and on Casey’s Birth Parent Advisory Committee. She plays a major role in helping to expand parent voices in child welfare systems reform by raising awareness about the importance of strengthening and supporting families nationwide through parent advocacy programs and linking them to community resources. 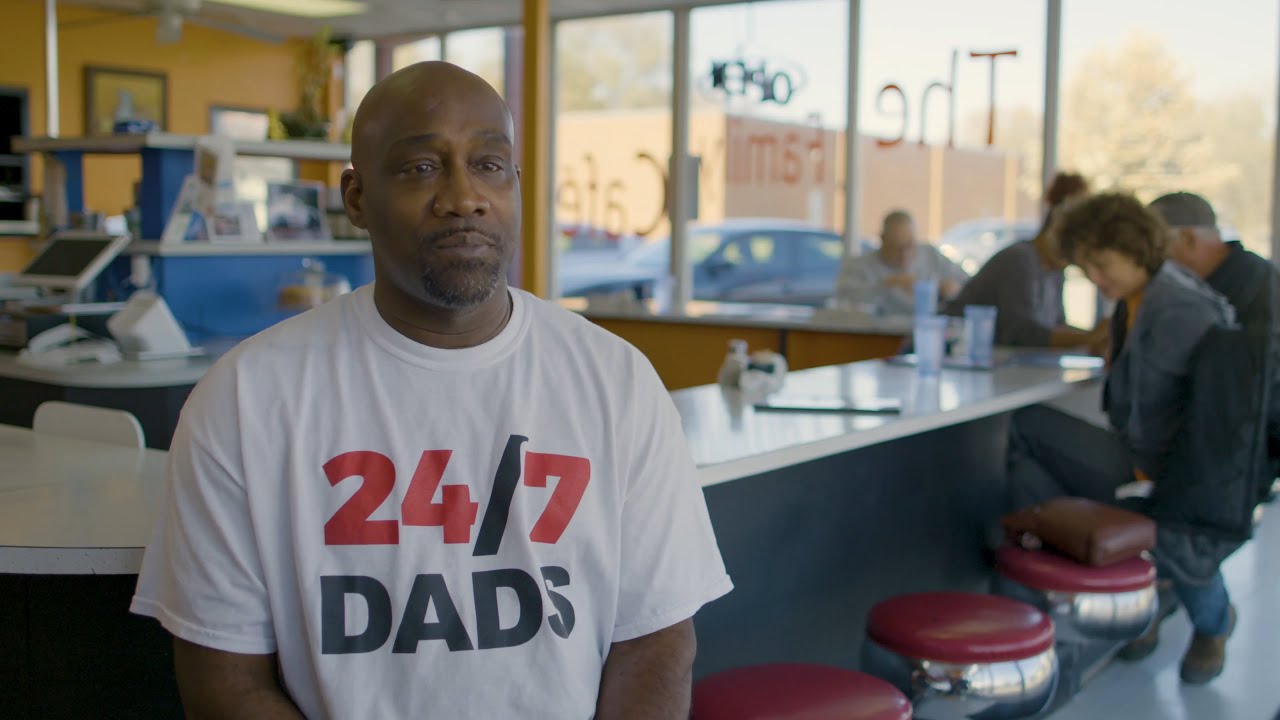 Edwin Daye is a father who is raising his teenage son, Patron, and nine other children with his girlfriend. The couple adopted his niece and nephew and plan to adopt more family members. Mr. Daye is employed as a parent partner with Children and Families of Iowa. In his younger years, he served prison time due to gang involvement and substance abuse. Upon release, he learned that he had a newborn son addicted to drugs who was to be placed in foster care. He gained custody of his son in less than a year by working two jobs and completing a case plan, which included substance abuse treatment, Narcotics Anonymous meetings, counseling, court hearings, parenting classes and regular visitations. He established “Patron’s House” in 2012 to provide single fathers with support while working to regain custody of their children. The program offers housing, visitation assistance and employment counseling, as well as support during court hearings. He shares his story with other fathers to encourage and provide them with hope.

This award recognizes child welfare leaders and change-makers who have had a significant impact in improving the well-being of children and families and building Communities of Hope.

Janis Avery has led Treehouse since 1995. The organization provides education and enrichment services to more than 8,000 Washington state youth in foster care. Under her leadership as CEO, Treehouse launched its Graduation Success program in 2012 to improve high school graduation rates in King County, expanding to more than 200 schools throughout nine counties statewide. Ms. Avery served on the Washington State Board of Education, promoting racial equity and advocating for youth in care and other marginalized populations. She has been awarded the Executive Director of the Year from the Executive Alliance, The Evergreen Award from the Alliance for Nonprofits Washington, and the Brava! Award from the Women’s University Club. Her commitment is not only professional, it is also personal: more than 20 years ago she and her wife adopted two children from foster care.