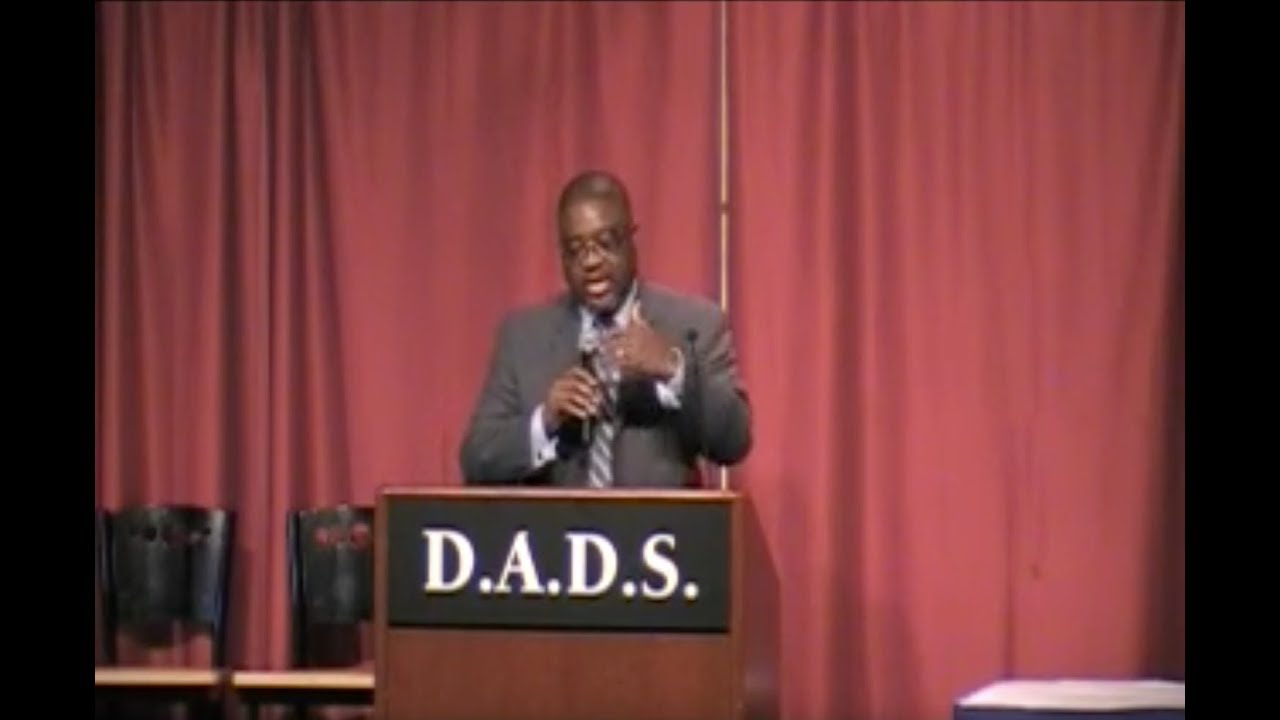 At the D.A.D.S. banquet honoring fatherhood, President and CEO Dr. William C. Bell stressed to the audience the importance of reconciliation; reconciling with our families and reconciling with the world we live in, even when it looks like everything is against us, and it begins with hope and optimism that our families and relationships can be rebuilt. “Hope is the beginning of reconstruction,” Bell said. “From hope, you can move on to forgiveness and reconciliation.”

The fatherhood banquet is an annual event hosted by Divine Alternatives for Dads Services, a Seattle-based organization that supports fathers in their efforts to overcome barriers that prevent them from participating in their children’s lives. D.A.D.S. provides case management, parent education, resolution of child support issues, parenting plans, and referrals to community resources for fathers and father figures.

The theme of this year’s event was Reconciling: Moving Fatherhood Forward.

Thank you, Marvin, thank you, Jeanett, and good evening to all of you. I, I’ve been sitting there watching the room and reading the bulletin and I said, we’ll get out of here by 8:00. So I’m going to try to do my best to, to condense my hour and a half speech. It’s a pleasure to be here with you tonight and to witness the power of committed people.

You know, when I first met Marvin and Jeanett, I was moved by the level of commitment within them to give to others. And as I’ve grown to know them over the course of time, I’ve been even more enamored with their dedication to giving to the lives of men and by extension, giving to the lives of those families this week. And what I see, the giving, is, is a sense of hope and a sense of possibility. I don’t know about you but I, as I have watched the men come across the stage, I can see that absent, Marvin, Jeanett or some other vessel coming into their lives when they did, I don’t know where these men would be tonight.

And I said that to Marvin earlier, that you gotta keep going, but I also said to him, you gotta take care of yourself. Because it is good the work that you do but it’s also good that we have him around with us as we continue to move forward. So those of you who know how to pray, pray that Marvin hears that word, that it is good to do this work but it is also good to have him with us a little bit longer. Take care of yourself.

The message that I will bring you – I’m going to do this in five minutes; I should have done in 20 minutes, so if I crumb it down, you know where I’m going – but this is a message of hope. And a message of hope that if you understand what hope is, hope is not just I desire something.

You know, I can say I hope that I’m going to have money some day. But unless I’m willing to do some action behind that hope, that is just a desire. That is just a want that I have, but hope is a desire that is combined with a full expectation that you will realize that which you want. And what Marvin and Jeannette have been able to speak into the lives of these people that they’ve been working for – these men that have come to them broken, these men that have come to them wondering what we were going to do – they’ve been able to say to them, you can have hope. And even when I don’t know how to help you with your legal problems, I can pray for you and you can have hope – faith, hope and love. The greatest of these is love, but hope is also great; it is simply not the greatest.

Hope is the beginning of reconstruction. When you have hope that you can repair the connection with your family and that hope is combined with an expectation that you want to realize it, then you’re willing to do whatever it takes. You’re going to keep on going. I don’t know if there’s somebody in this room tonight who has been at that place of saying, I don’t know if I can move, I don’t know if I can deal with this thing that is sitting on my plate right now. I’m thinking that I might need to quit. Well I’m telling you that I came here for you tonight because the word tonight is you got to keep on going. I stand here tonight saying to myself, you know, I don’t know what I would have done if my mother back in the great state of Mississippi, working in the cotton fields, had said, you know, this sun is too hot. I’m tired of it. I think I’m going to quit and sit down.

I don’t know where I’d be today if she did. I don’t know where I would be today if, if the folks who are trying to make real their hope that we would get voting rights in the state of Mississippi and decided that after Medgar Evers was gunned down in front of his family that it was too dangerous out there. I think I better quit and sit down and be safe with my family. I asked myself, where would I be? And I ask you tonight, where might you be if those whose shoulders on which you stand tonight, had said the weight is a little bit too heavy. I think I ought to quit and sit down because I need the rest. Where might I and Marvin be, because – I don’t know – Marvin was in the hospital just a short while ago. I might not be here tonight. But he said I can’t quit. I got to keep on going. And the message of hope that I say to you is that if you move from hope, if you can move into the forgiveness and reconciliation.

Because we can’t reconstruct relationships with someone I haven’t seen since they were born if we can’t deal with reconciliation and forgiveness. We cannot reconstruct relationships with someone who I’ve been separated from for a period of years because of child abuse or whatever, or because of my own issues. But if I can move toward forgiveness, I can move toward reconciliation. But all of this is done on that platform of hope. Because you see, sometimes… You know, I love the way kids are and things look good, and they feel good, and everybody has a great story. But I know that nighttime comes. I know that there are times when it is not as happy and as joyous even though we have reconciled and gotten back together.

And I’m telling you that that’s where hope comes in. Hope is that thing that will keep you going. Hope is that thing that won’t let you quit because you see, hope holds onto you. Some of you sitting here, saying I would have gone back to my addiction and I might have slipped and fallen back to where I used to be, but hope wouldn’t let me fall. Some of you can say that I was about to walk out because it didn’t look like she was going to change. But hope, this expectation that I’m going to see it no matter how long it takes, I know that I’m going to see it. Hope kept me going. And it’s because of hope and forgiveness and reconciliation that we can move to that place at the beginning of reconstruction.

I want everyone here tonight before you leave, decide; decide who are you gonna touch? We lift up Jeannett and Marvin. But who are you gonna touch? There’s somebody sitting close to you in your life who needs the word. Are you gonna speak or is the sun too hot? I wish I had more time but I don’t need to speak because I think these men’s lives and the work of D.A.D.S. has spoken to you. But I encourage you to consider the work of hope. Paul has spoken about it in Second Corinthians, our need to be reconciled, and how we’ve been reconciled into the body through the action of Christ. But I’ll say to you, forgiveness, it’s an easy word to say. It is a very hard word to live. And that’s why I’m only speaking a few words tonight.